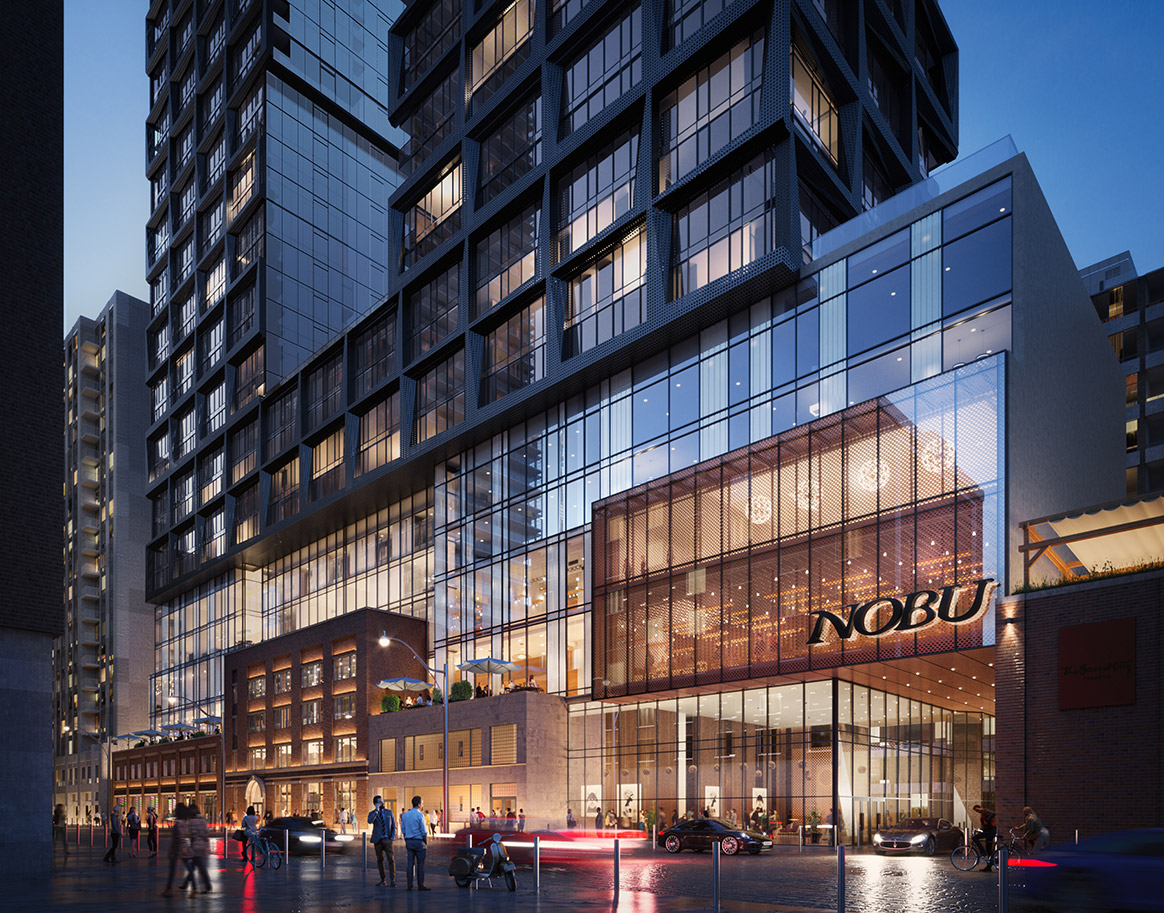 WHY MIXED-USE PROJECTS ARE THRIVING IN CANADA’S COMPETITIVE MARKET

If you ask Manlio P. Marescotti, VP Lodging Development, Marriott Hotels of Canada, when it comes to mixed-use development projects, the sum is greater than the individual parts. Mixed-use projects are moving beyond the traditional major-market, high-end condo/luxury pairing for three reasons, according to Marescotti. First, “all developers are trying to maximize their diversity.” Second, they are able to “attract different investors due to the hotel component.” The projects are “more attractive” due to the presence of the hotel. Finally, re-developments are “maximized” when all the individual components can contribute.

Marescotti states that a hotel’s brand, as well as what it represents to the public and investors, is important to a mixed-use project. “Branding is good for the condo market [as] it brings global recognition,” he comments, adding that “the price-per-square-foot and the pace-of-sales” also benefit from a hotel’s presence. “It equals credibility.” Additionally, he notes that customers know “they’re getting certain services available.” Millennials are attracted to mixed-use hotels not just for the “rooms component,” Marescotti says, but also for the hotel service, the better health clubs, the food and beverage, and the “cachet” that comes with the brand. “Cachet is important,” he emphasizes. Baby Boomers and empty nesters, in turn, also appreciate the mix of convenience, services, lifestyle and culture.

“A critical element,” comments Josh Zagdanski, VP, High Rise at Madison Group, about mixed-use projects is “the lifestyle built into the project. The hotel — if it’s the right brand, location and market — ensures a lifestyle. [This brings] the purchaser, developer and investor.” Zagdanski also stresses the importance of branding in a residence. What seems to add value to a mixed-use project, he believes, is a “really unique lifestyle for owner, investor and renter.”

Millennials and baby boomers, Zagdanski points out, think of “having a lifestyle associated with where you live as being important.” Part of the branding of a development should appeal to a particular lifestyle and be “tailored to a group” so that the development is a “continuation of the brand.” Both Zagdanski and Marescotti stress the importance of complementary components in a mixed-use development. This “complementing,” that is the amalgamation of what all the individual components offer, brings synergy to a mixed-use project.

Whether mixed-use projects are developed in existing structures or in new builds or mixed-developments that already exist “depends on the city and the specifics of the market,” Zagdanski observes. In Toronto, for example, new builds attract mixed-use projects whereas in New York City it’s office conversions.

Increasing density within cities, especially in downtown cores, is seen as a solution to encroachment on green spaces, while increasing available housing and use of public transit. Mixed-use projects offer a means to increase the use of cities’ downtown cores at night, as well as during the day by offering services, events and attractions. Their presence attracts renters, owners, tourists and companies who want a downtown lifestyle and the statement it makes about their personal and professional aesthetics.

In Vancouver’s downtown, notes Karen Hoese, assistant director of Planning for the City of Vancouver, there are a number of mixed-use hotel projects, such as Parq Vancouver — which features a casino, eight F&B outlets, event space and two hotels — as well as the Shangri-La and the Fairmont Pacific Rim hotels, which feature residences. From her perspective as a city planner, Hoese sees these mixed-use hotels as having a “built-in flow of people,” which has “activated the streets, bringing more people out at different times of the day.” Hoese views the “trend to mixed-use hotels as good, as the mix of uses associated with hotels brings out other uses” and benefits the neighbourhood in which the hotel is located.

The Canadian Urban Institute’s 2013 study, The Value of Investing in Canadian Downtowns, examined 17 Canadian downtowns by applying five benchmarks: visibility (does the downtown have a wider role in the city); visionary (does the downtown benefit from many leaders who have common vision); prosperity (is there a “robust and innovative economy”); liveability (does the downtown create “vibrancy”); and strategy (is there strategic investment). The study concluded “These downtowns are critical places for their local economy, for innovation, for learning and for bringing their communities together to grow a local identity.”

“From a developer’s perspective — they want diversity,” Marescotti observes. A mixed-use project is made stronger by the different components in a development. As an example, he cites the J. W. Marriott Los Angeles L.A. Live — which has a stadium, hotel, retail and meeting space as part of the “masterplan development.” He adds that office tenants are attracted to a project because of the hotel.

The new Nobu Residences Toronto will include a Nobu hotel and Nobu restaurant. Two towers will be built on top of a heritage building that was once a glass factory — the Pilkington Glass Factory — in downtown Toronto. The branding for the Nobu development stresses the project will “embody the Nobu spirit in both design and attitude.” Zagdanski notes that the “driving element in the brand is its uniqueness. It’s known for its luxury and comfort, design and simplicity.” The Nobu project will be the first of its kind in Canada. He believes that, in Canada, the trend is toward a “concept hotel” that offers “unique residential products” in an urban environment.

“They want one-stop living environments,” observes Barry Nabatian, director, Market Research Division, Shore-Tanner & Associates, Real Estate Appraisers and Consultants (Ottawa), of consumers attracted to mixed-use projects. In Ottawa, Nabatian observes, seven out of 10 households are single- or two-person households. “These are people who want condos and luxury, carefree apartments. The closer they are to retail and culture the better.” He adds that when these individuals travel, they want the hotel, convention centre and retail together.

“Businesses and their clients,” he adds “like to have their offices in the same building as a hotel or in an adjacent tower. They love staying in the same building.” “The trend to urbanism has been gradually put in place,” Nabatian comments citing two main reasons for its occurrence. First, “demographic reasons,” and second, “financial reasons.” Toronto, he notes, “would benefit from increased densification.” It’s not even close to New York City, Los Angeles or Chicago in density, he points out.

A recent study conducted by The Fraser Institute compared Canadian cities to cities worldwide in terms of density. The study concluded, after 30 cities were compared, that Canada’s cities have low population densities compared to cities internationally. The report also noted an increase in population density need not have a negative effect on Canadian’s standard of living. The study’s authors conclude that both Toronto and Vancouver (with a density of 5,493 inhabitants per sq. ft.) have “a lot of room…to grow up.”

Mixed-use hotel developments that are attuned to the needs of their potential users and their city’s unique downtown needs can enhance a city’s visibility, vision, prosperity, livability and economy.

Their future is in line with the trend in Canadian cities toward the densification and the diversification of downtown cores being designed to attract a variety of investors, developers, businesses, visitors, owners and renters. The success of mixed-use projects is all about thoughtful complements.