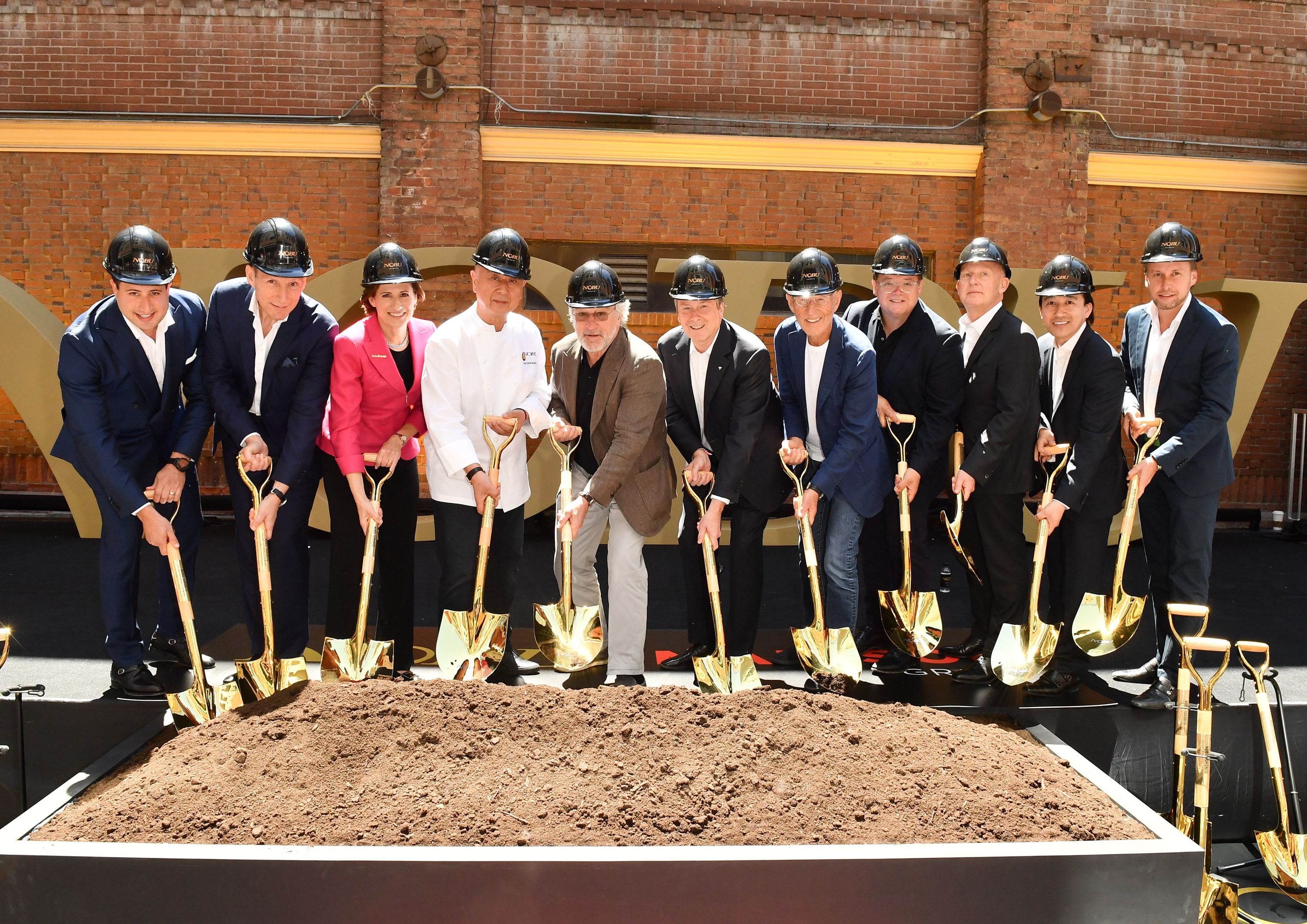 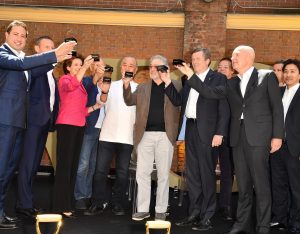 The event celebrated Nobu’s fashionable style with acclaimed Taiko drumming ensemble Nagata Shachu ushering in the famed hospitality team alongside principals from Madison Group. After remarks and receiving congratulations from Toronto Mayor John Tory and standing in front of a 40′ 3-D Nobu sculpture, Chef Nobu led a ceremonial sake toast. The stakeholders then picked up golden shovels and planted them in the earth signaling the project’s official groundbreaking.

“It’s an exciting project, our partners are terrific people and hopefully we do other things together too,” said Robert De Niro. 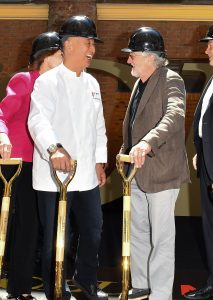 “Thank you so much to Madison Group; next comes the hotel, residence and restaurant! I am so excited to be here today with all of my team and I’m looking forward to introducing my food to Torontonians,” said Chef Nobu Matsuhisa.

Many of the residential purchasers were thrilled to be in attendance, taking pictures in front of the Nobu sculpture and remarking about their excitement that the remarkable project was about to commence construction.

“It was just one year today that we announced this landmark development and we could not be more thrilled to share this day with our future residents, our Nobu Hospitality family, Mayor Tory and our partners at Westdale Properties and Adler Investments,” said Josh Zagdanski, VP Hi Rise, Madison Group. “Nobu Toronto will be one of the most special destinations in Toronto and we are excited bring this highly anticipated brand to Canada.”

“These principals have chosen to extend a globally respected brand into the combined food, hospitality and residential sector and we are just delighted that they have chosen Toronto to do that, said Mayor John Tory. 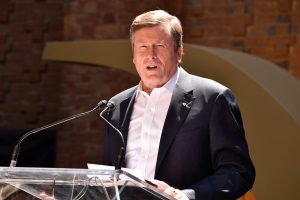 Speaking to the Nobu Hospitality principals, Mr. Tory said, “there is always a light in the window here.”

Nobu Toronto, a dynamic project featuring the world’s first very Nobu branded high-rise residences as well as Canada’sfirst Nobu Hotel and Nobu Restaurant will be located in the heart of the entertainment district, transforming Mercer Street with its landmark design. Nobu Toronto will rise 45 storeys above the historic Pilkington Glass Factory with two dramatic residential towers, featuring 660 sold out residential units with enviable views of Toronto.

Nobu is one of the world`s most celebrated luxury hospitality brands renowned for its award-winning “Nobu Style” cuisine and exceptional hotel offerings in the world’s most desirable locales. 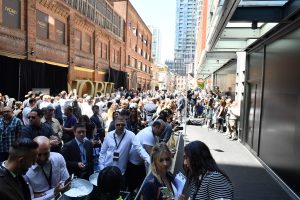 The exclusive Nobu Hotel Toronto will offer a collection of 36 exceptionally appointed guest suites located atop the west tower, with stunning panoramic views and featuring the best of everything – from distinctive service to energized public spaces.

Construction is set to begin immediately.