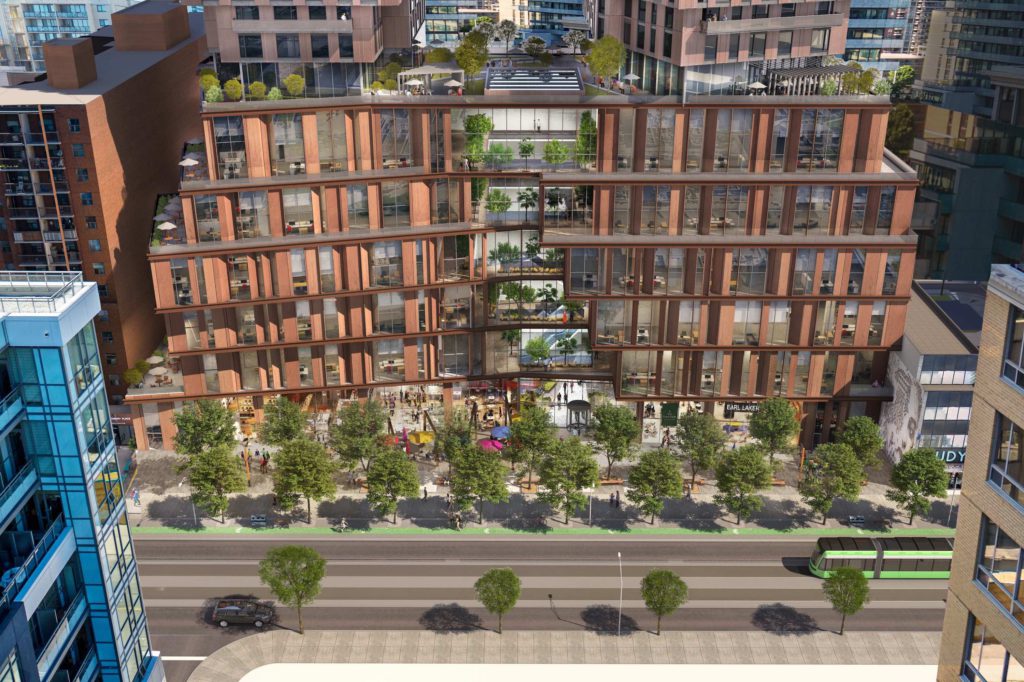 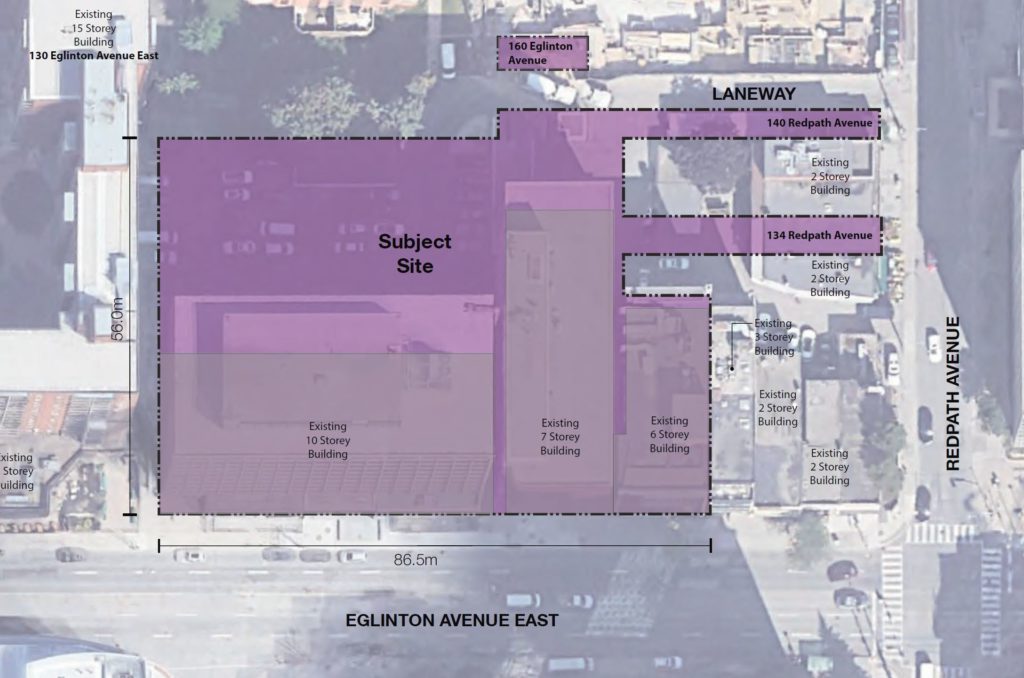 A high-rise mixed use building consisting of 46- and 43-storey residential towers, atop a 6-storey podium containing office, live-work-office and retail uses, is proposed for the site. These heights are within the ranges indicated within the Yonge-Eglinton Secondary Plan which call for development between 40 and 55 storeys within this character area. At grade, a privately owned publicly accessible (POPS) network has been designed to implement the City of Toronto’s “Eglinton Greenline” vision for a linear park-like area along the northside of Eglinton, which also provides a midblock connection to two additional POPS spaces along Redpath. This development aims to support transit infrastructure, job creation and the introduction of more housing to the Midtown area. The height and massing was thoughtfully designed to respond to the site’s physical and policy context as demonstrated by the rendering below: 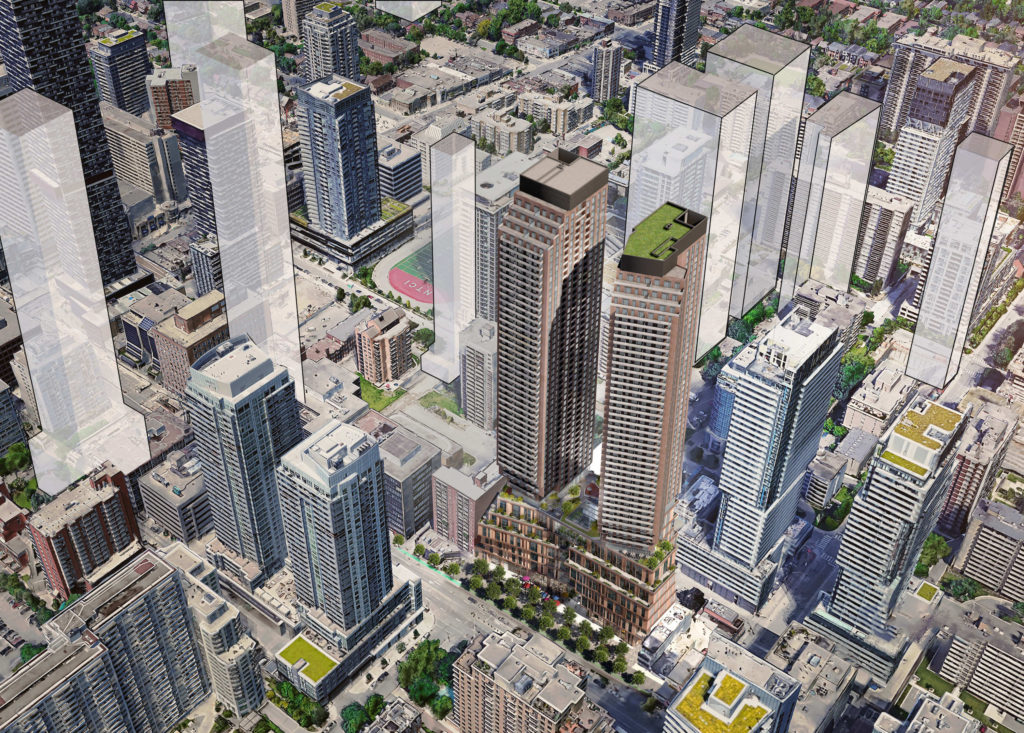 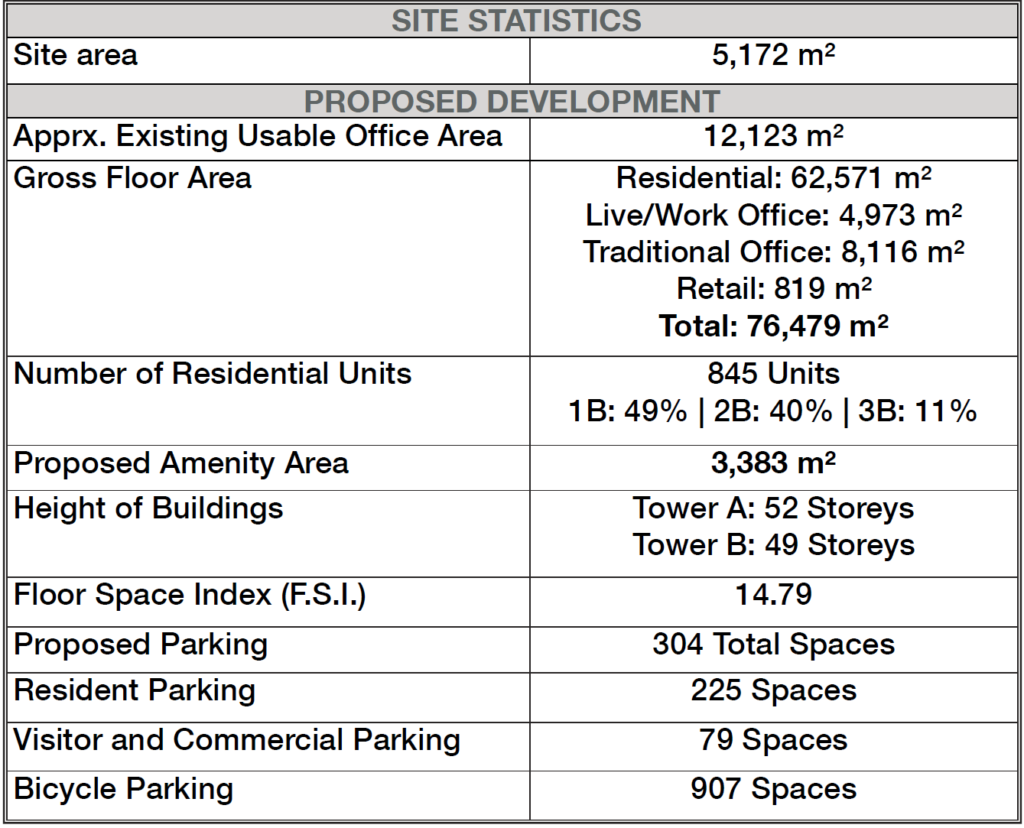 The proposal implements the objectives of the Yonge Eglinton Secondary Plan by providing a mid-block connection from the linear POPS along Eglinton, known as the Greenline, to the rear of the site. The Greenline, will be a landscaped space within an average 12-metre setback animating the street while providing access to retail, office, and residential uses. The publicly accessible, greened, mid-block connection from Eglinton Avenue to the rear of the site connects to two additional POPS spaces on Redpath Avenue. At 140 Redpath, the space would include seating and greenery and an ‘art-lane’ for future programming is proposed for 134 Redpath. Conceptual renderings of these publicly accessible spaces can be seen below: 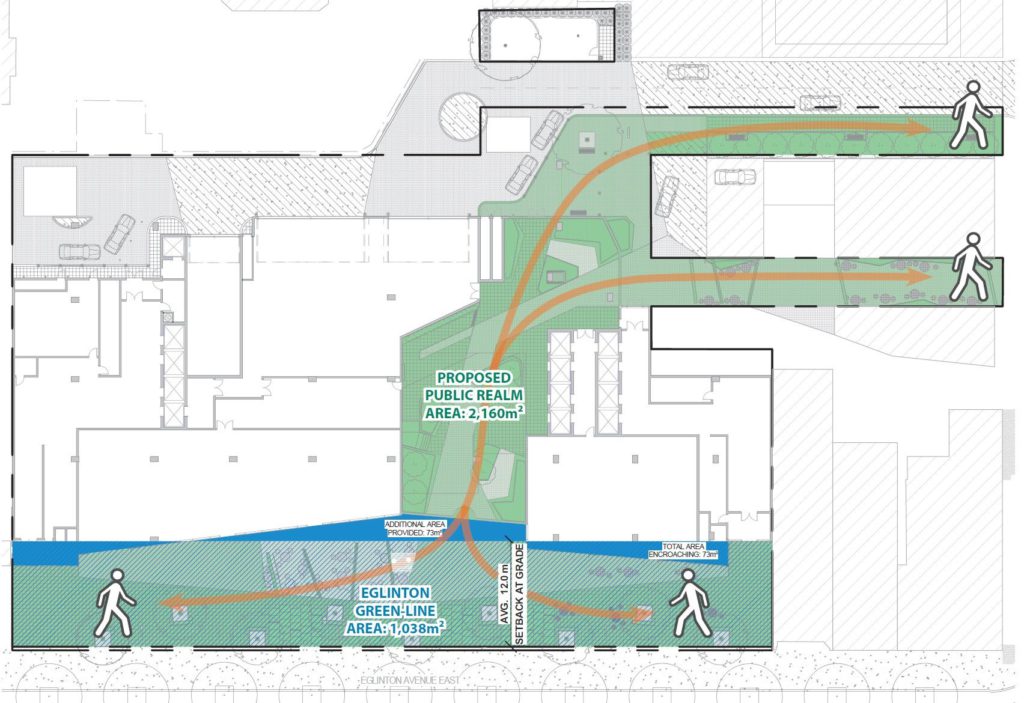 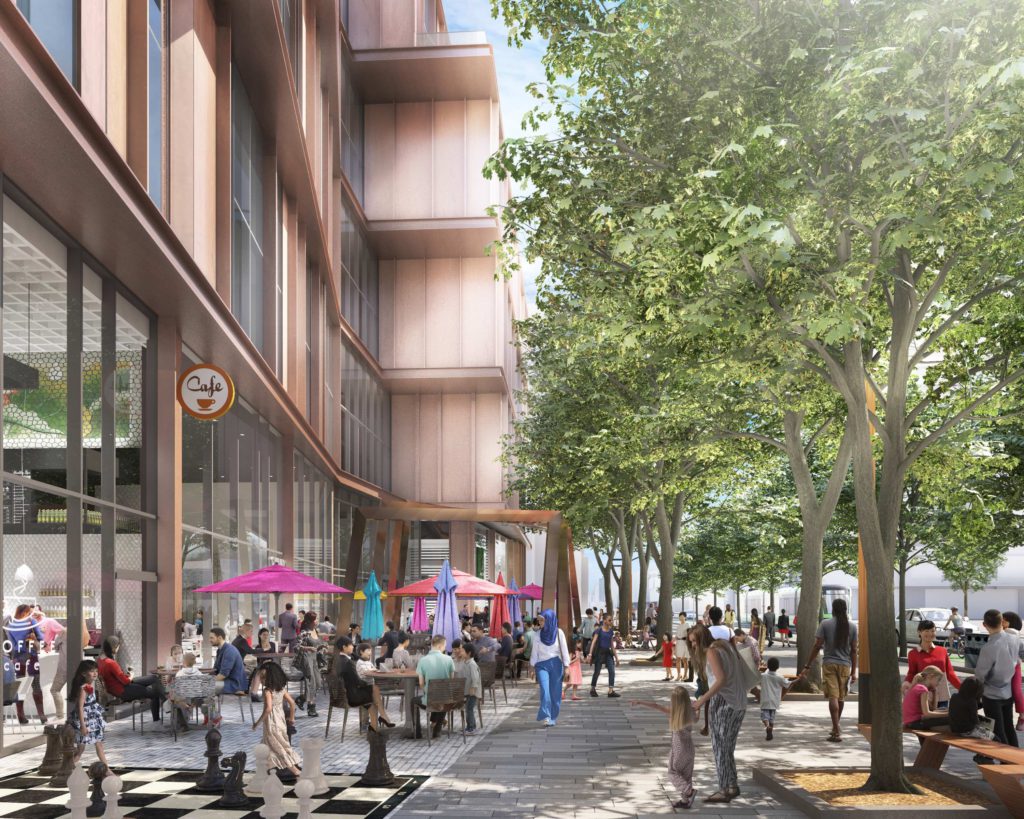 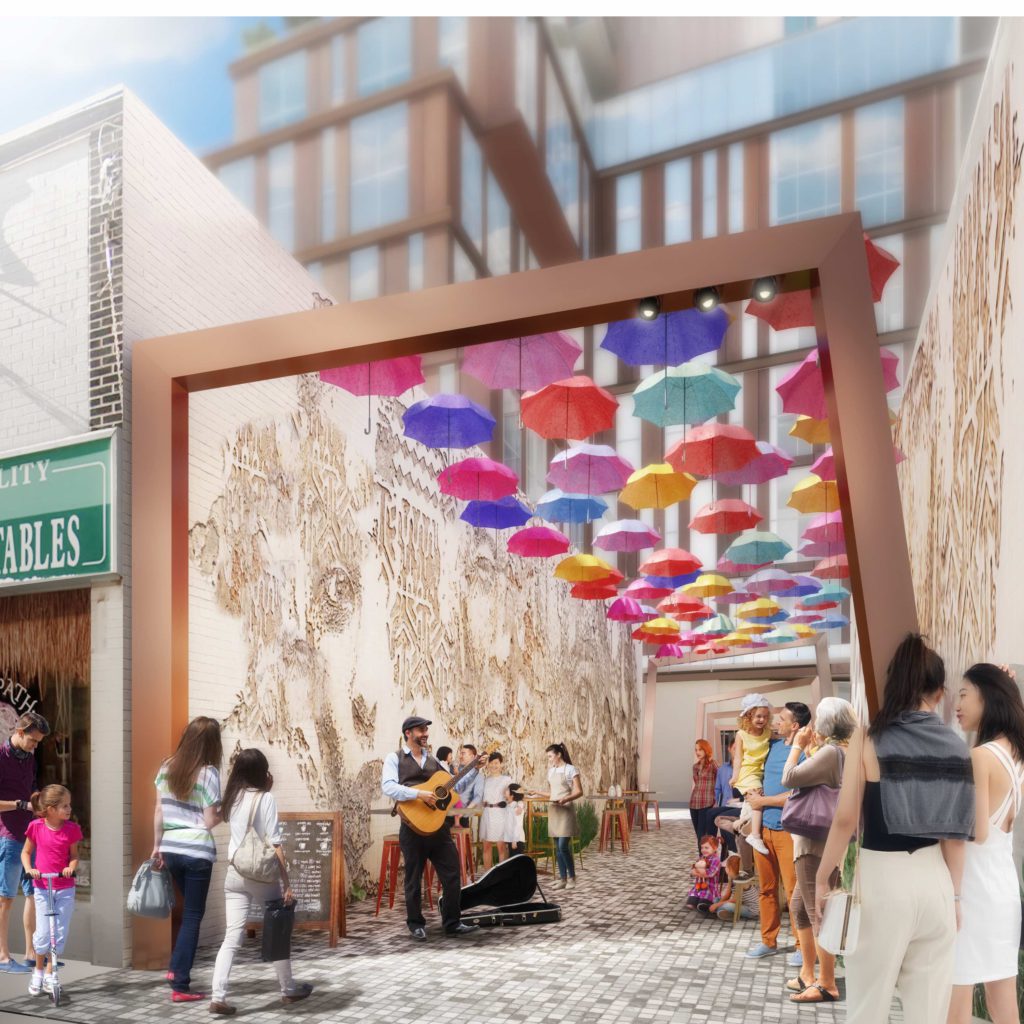 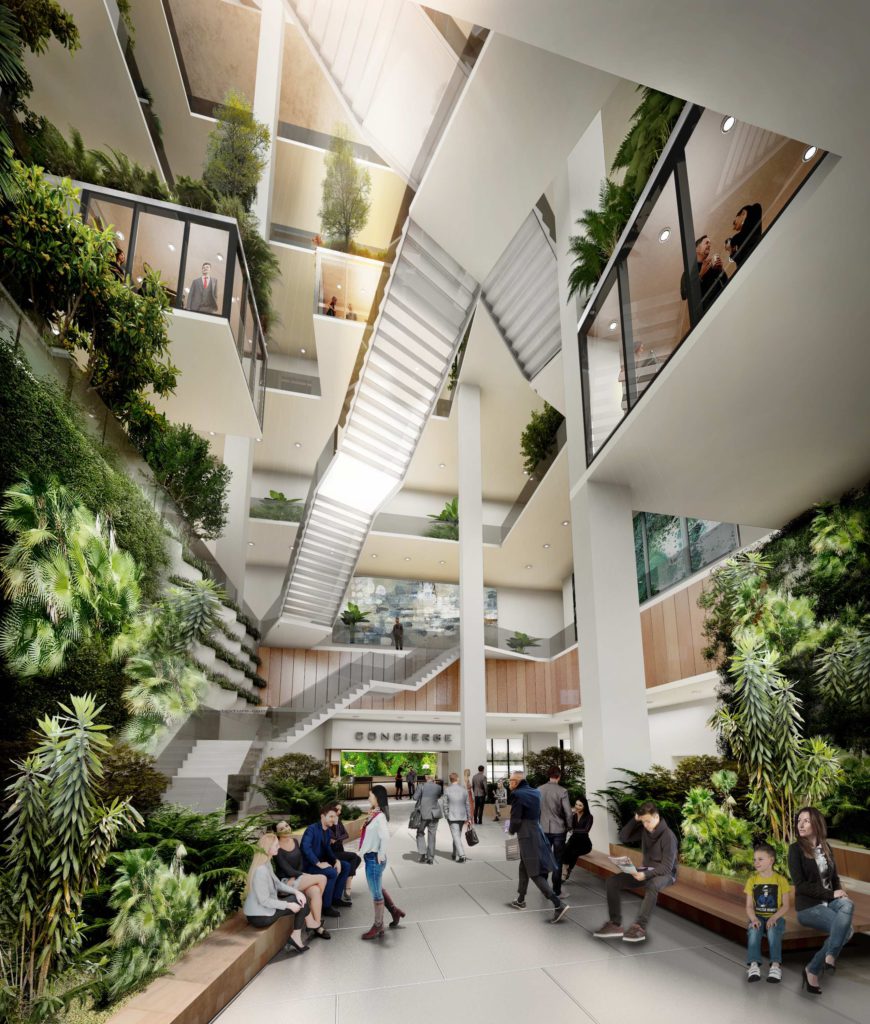 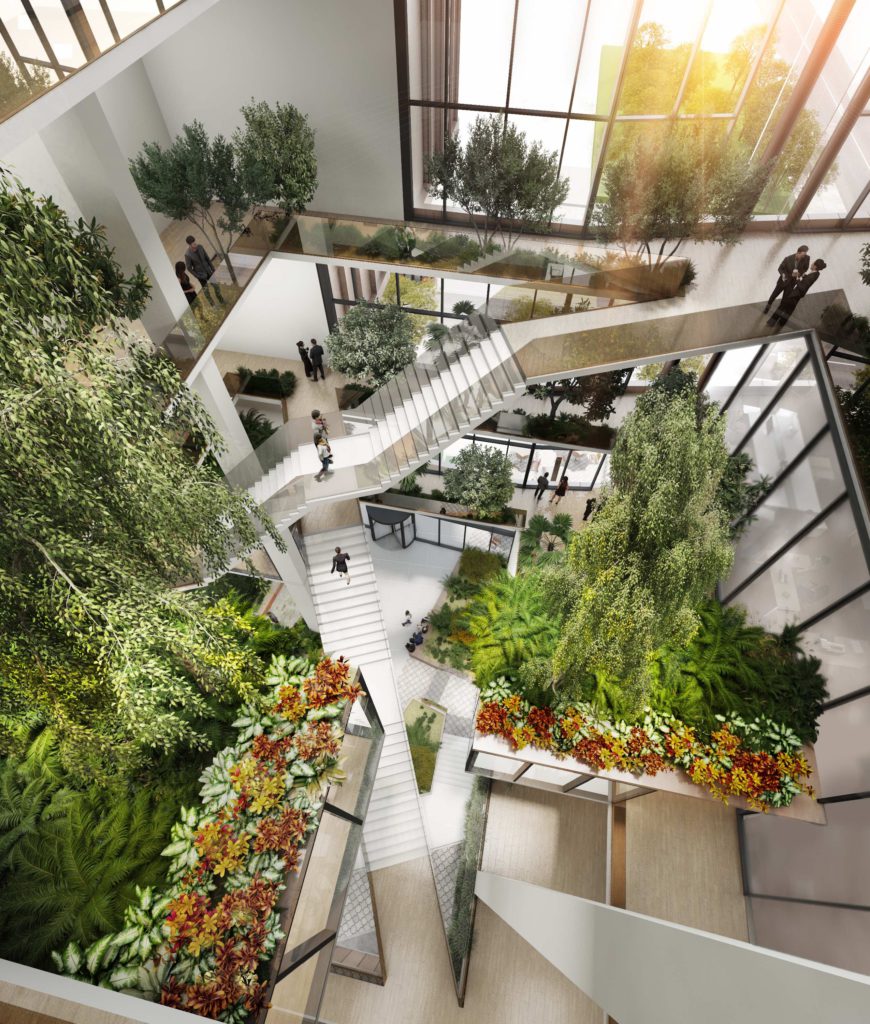 All submission materials can be viewed and downloaded on the City of Toronto’s Development Application site:
https://www.toronto.ca/city-government/planning-development/application-information-centre/

WHAT ARE THE BENEFITS TO THE COMMUNITY?

HOW CAN I GET INVOLVED AND SHARE MY FEEDBACK?

You can submit feedback through our dedicated project e-mail: eglintonatredpath@madisongroup.ca , which will be monitored by the project team. We are working with the City of Toronto to develop a safe, engaging and accessible meeting format in light of our public health context.